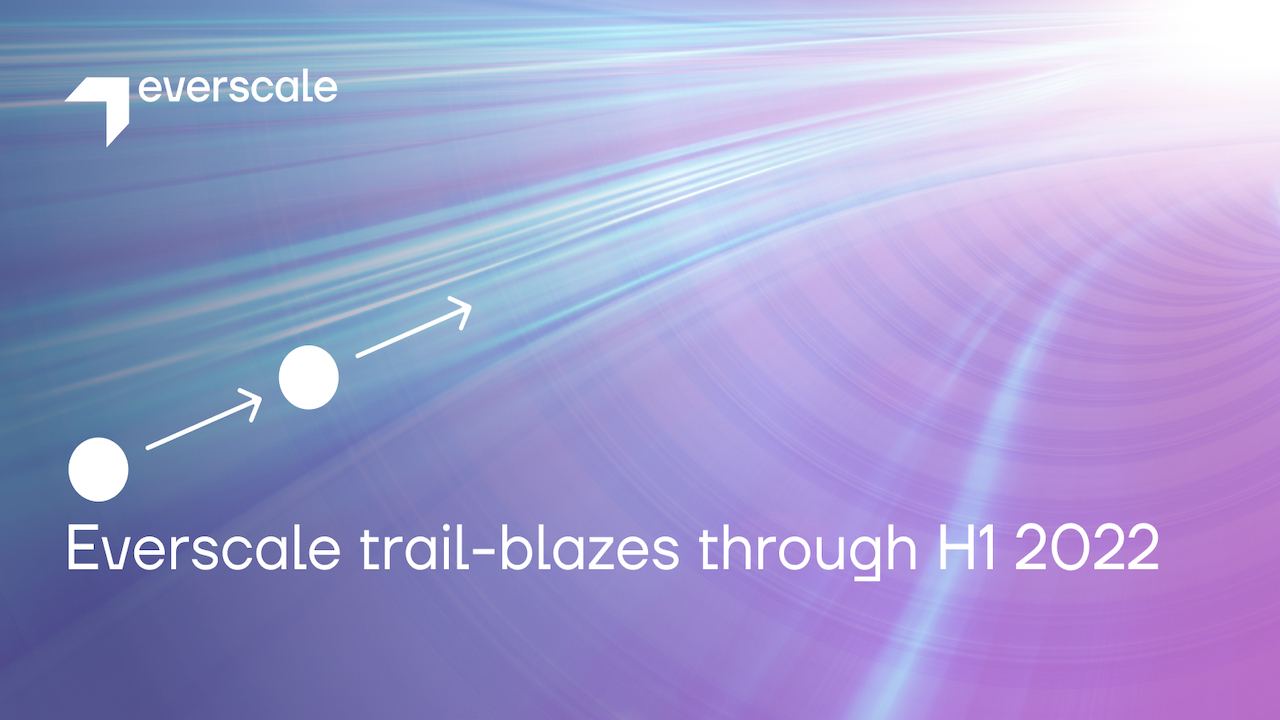 With live-tested transaction speeds of 64,000 TPS, infinitely scalable blockchain Everscale is undeniably one of the fastest out there, and if H1 2022 is anything to go by, its development progress is no less rapid.

Despite seriously bearish trends in the crypto market triggered in large part by the collapse of Terra’s LUNA token and UST stablecoin, and later compounded by a significant crisis for crypto lender Celsius, Everscale continued to bolster its already considerable advantages at a rate of knots, ticking off plenty of roadmap goals as it went. Listings on major crypto exchanges such as Huobi, KuCoin, and BitMartare a testament to the blockchain’s achievements over the period.

Everscale’s transaction costs were already comparatively very low before the recent developments, but Q1, which was still a green one for most tokens and positive for the industry in general, saw the platform’s gas fees reduce to just 0.014 EVER (currently around $0.0014). There was good news for anyone interested in building on the blockchain too, as all necessary documentation for everyone from validators and developers to NFT creators and regular users became available online in the platform’s docs database.

Everscale branched out in the first quarter as well, launching its lending protocol, whose users can earn from borrowing and lending wrapped EVER tokens (WEVER) and USDT. On top of that, the team got the Cardano-based decentralized exchange DEXADA off the ground, offering the community the as-of-yet rare ability to transfer liquidity from Cardano to other blockchains.

As if that wasn’t enough, the release of NFT SDK tools in Q1 enabled Everscale developers to take advantage of even more methods to cover all possible NFT use cases, thus boosting the capabilities of the platform’s highly advanced TIP-4 NFT standard, which was successfully implemented in Q2. The standard can already be found on NFT marketplace GrandBazar.

Another new arrival in the first quarter was that of the TIP-3 euro-pegged stablecoin EUPi on FlatQube, the DEX, which is an important part of Everscale’s ecosystem.

We might have expected things to slow down considerably with the onset of the crypto winter in Q2; however, it was then that Everscale proved it had only been getting warmed up in the previous quarter to really start blazing trails.

The second quarter saw Everscale begin its migration to the new Soft Majority Fault Tolerance (SMFT) consensus. The move will take several months and involves an intricate process, as the team has to ensure alignment of all its core components before taking such a major step.

The SMFT protocol and security:

At this stage, the SMFT code is ready and just needs to be deployed along with the Reliable External Messaging Protocol (REMP), which will increase security and improve message processing in the network.

Everscale’s REMP – what is it?

Product releases were stepped up a gear in Q2, and on top of the TIP-4 NFT standard mentioned above, Everscale launched Evercraft, the first demo of its future GameFi SDK. The metaverse holds great prospects for the onward course of the crypto industry, and Everscale’s capability to handle thousands of players simultaneously ideally positions it to venture into such projects, as well as MMORPGs. As such, the team is looking to bring in more game developers in the foreseeable future and make some waves in this area.

Another new solution that saw the light of day in the second quarter was the Git Open Source Hodler, or GOSH, developed by EverX. As the name suggests, this is a decentralized git leveraging Everscale tech, and as the first git blockchain it is quite a pioneering development. It is thus unsurprising that GOSH has gained recognition from big players, already partnering with Docker. Although GOSH is separate from Everscale, the latter will benefit from the Docker partnership, as this is sure to raise awareness of Everscale’s tech in the wider IT industry and attract major new partners to the network.

A further product designed to make developers’ lives easier also came out in Q2: Ursus – a formal verifications framework that evolved out of the network’s industrial tools for smart contract verification. Ursus also includes a translator from the Ursus programming language to Solidity. Any developers dealing with smart contracts will be well aware of how expensive and time-consuming verification is, so they are certain to appreciate the hundreds of hours of project time that this one-of-a-kind product stands to save them by making the process so much more straightforward.

Everscale also completed its DAO Constructor milestone in the second quarter, now boasting two DAOs: the EVER DAO and the Octus Bridge DAO. And finally, the Milomeda Rollup – an L2 for Ada to Octus Bridge – was integrated. This was a big step, bringing Everscale ever closer to becoming a decentalized hub for a wide variety of projects, and it’s far from the last step in this regard, as Broxus is working continuously on adding more chains to its products.

As we can see, Everscale burned a ton of rubber in the second quarter, racing through its roadmap and accomplishing many of the major goals set. Nevertheless, with a list of targets as ambitious as this, it’s perhaps only natural that infrastructure projects were prioritized and some points got shifted to Q3. On the agenda for the current quarter are private workchains, which are now undergoing testing, EVM workchains, the Tezos bridge, and the NFT bridge.

So what else will Everscale be up to in H2? Well, whether or not the green candles keep lighting up for crypto, Everscale will certainly continue burning the midnight oil to roll out more of its planned developments and gain more recognition in the industry. As for promo, a lot of work is taking place behind the scenes, including conferences, hackathons, grants, and new incentives for developers keen to join the network. Everscale incorporates almost all modern blockchain concepts, and there are few other projects whose tech is comparable, so it’s only a matter of time before the eyes of the industry and individuals start to properly focus on this speeding bullet coursing straight for mass adoption. 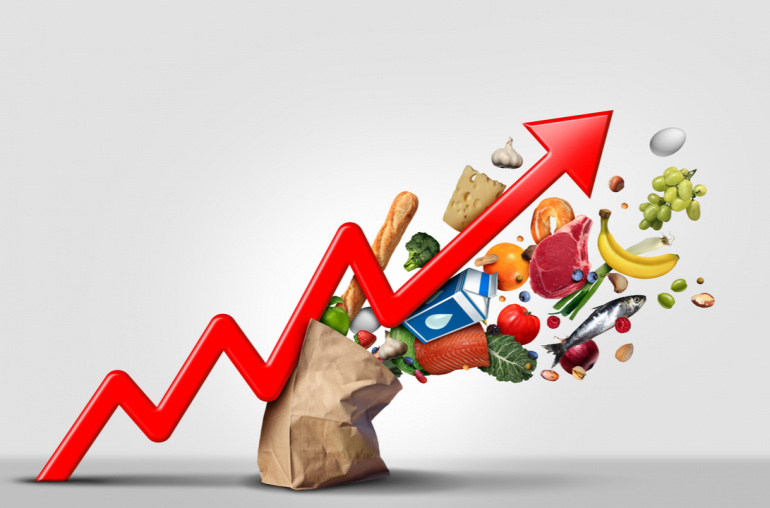 US Inflation Spiked 8.6%, Highest in 40-Years — Economist Says We’re Not ‘Seeing Any Signs That We’re in the Clear’ 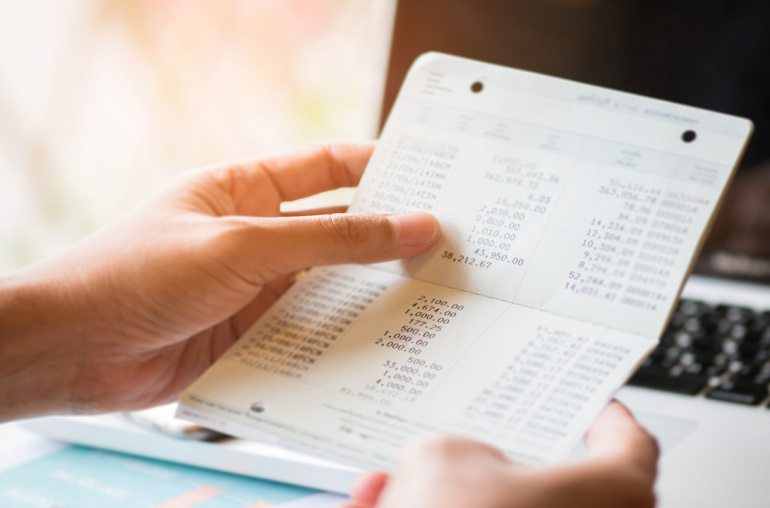